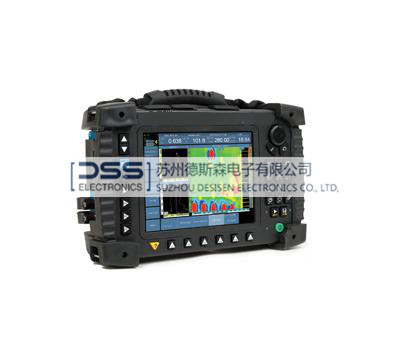 Wave is spreading in material

Distribution of Magnetic line nearby Probe

Comparing with normal eddy current、leakage flux、ultrasonic wave nondestructive ，far field eddy current nondestructive detection has someadvantages：detected material’s surface doesn’t have to be cleaned;probe doesn’t touch the surface of material，the change of interval of probe external diameter and material inner diameter has less effect on detecting result。The sensitivity of etch pit of external surface and internal surface of detecting material is same;it has high degree of sensitivity on uniform thinning 、gradually thinning、and partial eccentric wear thinning，the detecting speed of probe is even or not which has no effect on detecting results ;the gas and liquid medium have no effect on detecting result 。Detecting equipment is small size，light weight so as to be took advantage at the scene conveniently ;the detecting data can be saved and conduct long distance detection 。

38、Displaying :with a backlit semi-anti-transparent screen ,suitable for long-term observation under darkness or sunlight